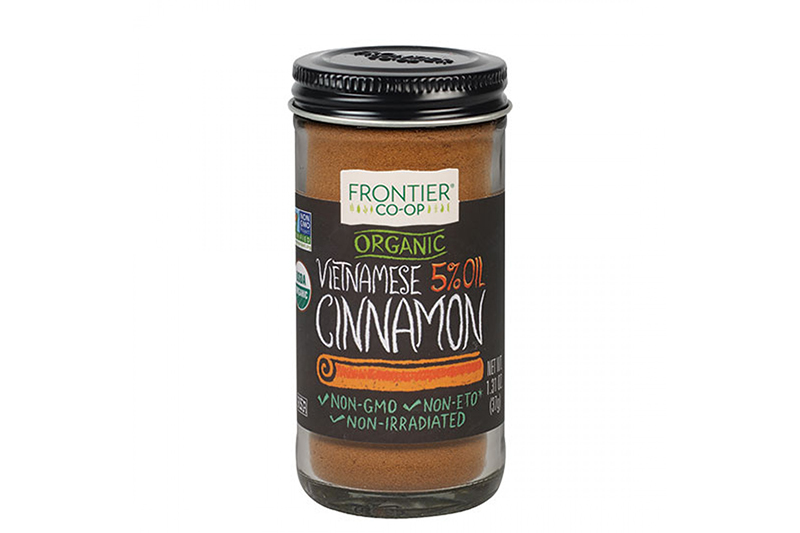 Out of stock
Frontier Organic Ground Vietnamese Cinnamon has a distinctly
sweet flavor and a high volatile oil content. Gourmet cooks
consider it the highest quality cinnamon in the world. It's a
great choice for savory foods like curries, sauces and vegetable
dishes as well as the traditional desserts and sweet treats.
This special cinnamon (Cinnamomum aromaticum) was absent
from the international market for more than 20 years due to
the Vietnam War.

Suggested uses
An ingredient in pies, cakes, cookies and puddings as well as
savory foods like curries, sauces and vegetable dishes.