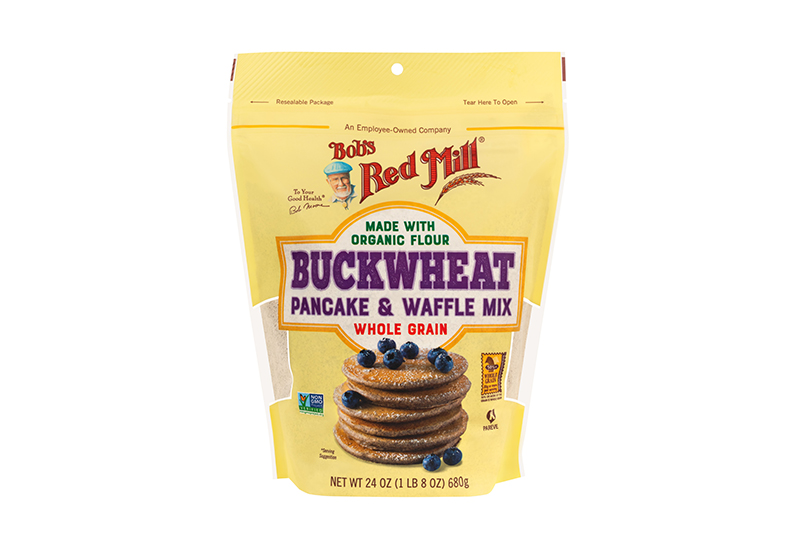 Add to Delivery
You’ll flip over our Buckwheat Pancake & Waffle Mix! This hearty mix is made with organic whole grain buckwheat flour, organic stone ground whole wheat flour and a touch of cane sugar. Use it to whip up traditional buckwheat pancake batter or make blini, the classic buckwheat mini pancakes.
24 oz. 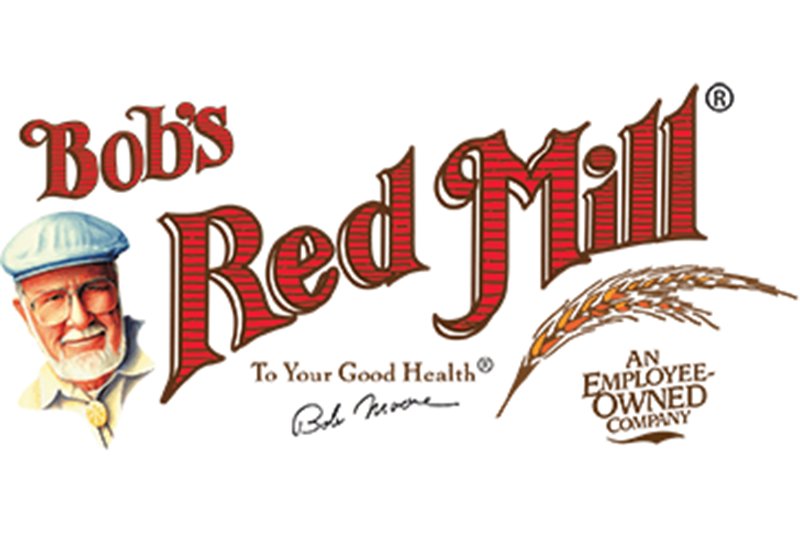 For Bob Moore, it all started with a kernel of truth—a wheat kernel, that is. Back in the 1960s,Bob’s wife, Charlee, decided that she would feed her family nutritious whole grains, starting with an incredible loaf of whole wheat bread fresh from the oven.

Bob and Charlee met on a blind date in 1952. It was Charlee who first inspired the couple’s whole grain adventure when she decided to create a healthier life for her family by feeding them wholesome, natural foods and whole grains. Charlee was a fixture in the original Bob’s Red Mill  store and took on many roles in the early days, including packaging
products by hand.

In 1968, while Bob was managing a JC Penney Auto Center in Redding, California, providence struck when he happened to visit the public library. There, something drew him to John Goffe’s Mill, the story of a man who—with no prior experience —resurrected his family’s  ancestral mill and ground wheat into flour. This chance encounter changed the course of the Moore family forever, and created a ripple effect that has enriched the lives of everyone who enjoys wholesome whole grains. Bob immersed himself in the ancient art of stone milling,
researching historic mills and contacting dozens of people and companies in his quest to locate millstones and other flour-making equipment.

While he discovered there were still plenty of mills in existence, most of them were relegated to museums! Fortunately, his persistence and people skills eventually paid off, and he was able to source traditional quartz millstones and other essential equipment  from a defunct mill in Fayetteville, North Carolina.

After a lot of hard work and ingenuity, in 1974 Bob was able to open Moores’ Flour Mill in a Quonset hut in Redding, California with Charlee and two of their sons.

From the very beginning, Bob and Charlee focused on people over profit: their mission was to provide wholesome food to their customers, build close relationships with farmers and suppliers, and treat their employees with generosity and respect. Thanks to these values, Bob’s Red Mill has grown beyond their wildest dreams--like a single
kernel multiplying until it reaches the four corners of the earth.
MY DELIVERIES