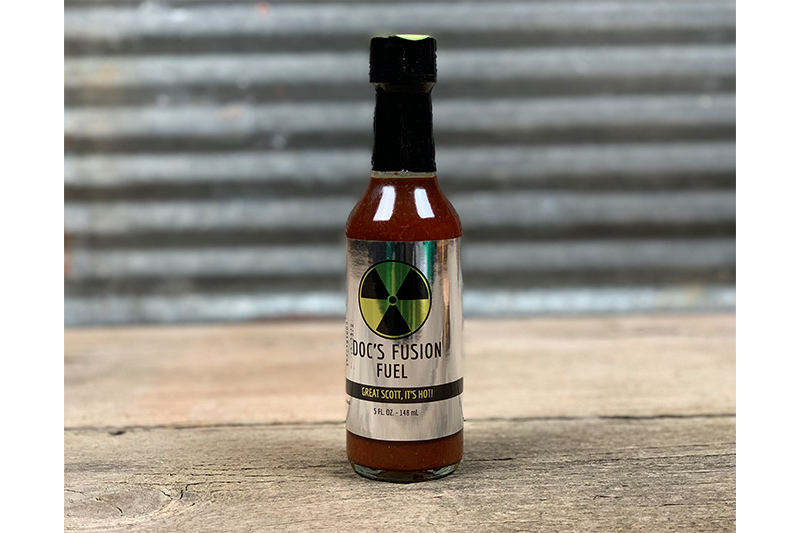 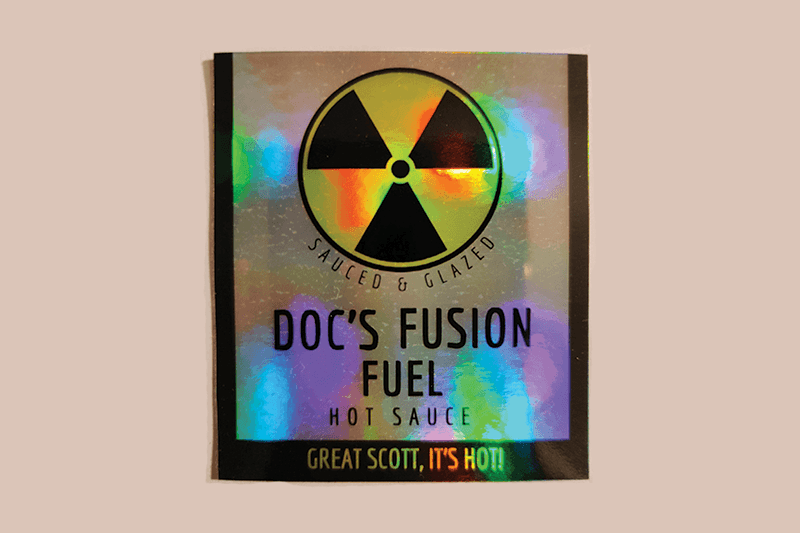 My love of spicy food began when I lived in Prescott, Arizona, enjoying authentic Mexican food, mixed with the flavors of the Southwest.  After moving back to Ohio, where I grew up,  it was suggested that I enter a Chili Cook-off with a traditional Chili Verde recipe.  I competed and took first place in the Turn Up The Heat, 2012 Buckeye Regional Chili Championship, Amateur Division.  Then again, in the 2014 Turn Up The Heat Chili Championship, Buckeye Regional Amateur Division, I took 3rd place.  It was during this period of time that I began to experiment with making my own hot sauce.  Friends, family and anyone else willing to try it, always gave positive feed back.

Fast forward to 2019.  While working for a close friend and owner of ‘Ohio Time Machine Rental’, the question came up, “What if you could create a sauce that would coincide with the Delorean?”  During some brain storming and creativity in the kitchen, Doc’s Fusion Fuel became a reality.  It is my flagship sauce for Sauced & Glazed, with future sauces to be added.

This sauce has a medium heat level, using red habanero peppers in a smoky base. It is very reminiscent of a BBQ sauce, without an over the top sweetness. Add in the perfect amount of spices, and the perfect marriage of flavor is born.